Whatever actions may perform by body, mind, senses, intellect, soul, character, or by the force of Nature, I offer all the the greatest of teachers.

Creation of Bharatiya Shiksha Board (BSB)

The preamble of the constitution of India resolves “WE, THE PEOPLE OF INDIA, having solemnly resolved to constitute India into a SOVEREIGN SOCIALIST SECULAR DEMOCRATIC REPUBLIC and to secure to all its citizens: JUSTICE, social, economic and political; LIBERTY of thought, expression, belief, faith and worship; EQUALITY of status and of opportunity; and to promote among them all FRATERNITY assuring the dignity of the individual and the unity and integrity of the Nation; IN OUR CONSTITUENT ASSEMBLY this twenty-sixth day of November, 1949, do HEREBY ADOPT, ENACT AND GIVE TO OURSELVES THIS CONSTITUTION”.

Our Constitution laid down that in the eyes of law, everyone should have an equal status, to no one the justice be denied, everyone should have liberty of thought, expression. The equality of opportunity is meaningless, unless there are equal opportunities for one’s education. In the Constitution of India, it has been laid down that the study of one’s own language is a fundamental right of the citizens. Article 25(1) of the Constitution guarantees all the citizens the right to have freedom of conscience and the right to profess, practice and propagate religion. Article 26(1) states, “Any section of the citizens, residing in the territory of India or any part thereof, having a distinct language, script or culture of its own, shall have the right to converse the same”. Article 28(1) states, “No religious instruction shall be provided in any educational institution if wholly maintained out of state fund”. In the spirit of article 29(1) the Kothari Commission, 1964-66 recommended that Central Government should undertake the responsibility in education for the equalization of educational opportunities with special reference to the reduction of inter-state differences and the advancement of the weaker section of the community. Article 350A directs, “It shall be endeavor of every state and every local authority to provide adequate facilities for instruction in the mother-tongue at the primary stage of education to children belonging to linguistic minority groups”.

The aim of education in ancient India was not just the acquisition of knowledge as preparation for life in this world, or life beyond schooling, but for the complete realization and liberation of the self. To maintain the continuity of the ethos this concept of Ancient India, which had been lacking in the education system adopted, in late 1990’s two Gurukul educated youth, the present day Yog Guru Swami Ramdev and Ayurvedacharya Acharya Balkrishna envisioned the concept of modern education blended of the Traditional Veda based education for the progress of nation and formed ‘Divya Yog Mandir Trust’ in 1995 followed by ‘Patanjali Yogpeeth Trust’ in 2005. Keeping in view the basic concepts in the Constitution and to foster the Indian Traditional values, the then Minister of HRD, Government of India Shri P. V. Narsimha Rao, as Chairman constituted Maharshi Sandeepni Rastriya Veda Vidya Pratishthan (MSRVVP) Ujjain, an autonomous body in the Department of Higher Education, inter alia with following objective.

i. “to equip (the students) with scientific and analytical outlook so that modern scientific thought contained in the Vedas, particularly disciplines of mathematics, astronomy, meteorology, chemistry, hydraulics, etc., could be linked with modern science and technology, and a rapport establishment between them and the modern scholars” and,

ii. “to undertake research in the interest of advancement of scientific knowledge in Vedas texts and Vedas Literature from the earliest time of Vedic period up to the present day, including areas of science, agriculture, technology, philosophy, yoga, education, poetics, grammar, linguistics, and Vedic tradition, and to provide for library, research equipment, research facilities supporting staff and other technical manpower”.

The Government of India, keeping in view the global education development agenda reflected in Goal 4 (SDG4) of the 2030 Agenda for sustainable development, adopted by India in 2015, released National Education Policy 2020 (NEP-2020), modifying the extant 10+2 structure in school education with a new pedagogical and curricular restructuring of 5+3+3+4 pattern, covering the ages 3-18 to make a strong base of Early Childhood Care and Education (ECCE) from age 3, thus, replacing the secondary/senior secondary level system of education.

The Bharatiya Shiksha Board (BSB) is the result of above concepts incubated and conceptualized in the Ministry of Education (the then Ministry of HRD) by the Government of India implemented through the MSRVVP, the Central Government’s autonomous body in the ministry itself to provide Indian Traditional Knowledge blended education by giving affiliation to the Schools/the Institutes/Gurukuls Secondary/Senior Secondary level, or the similarity in 5+3+3+4 pattern of education, broadly categorized as:

(i) Modern Schools the Schools/ Institutes that impart modern education with impetus on blending Indian traditional knowledge with global perspective to match with the international educational standards and shall be National Curriculum Framework (NCF) compliant as well as National Education Policy (NEP-2020 or such other NEPs) oriented, as declared by the Government of India from time to time.

For Guru Shishya Parampara/Veda Pathshala and Gurukuls/Oriental Schools curriculum, views shall be sought from MSRVVP. NCF and NEPs, to the extent applicable, shall be taken care of suitably. 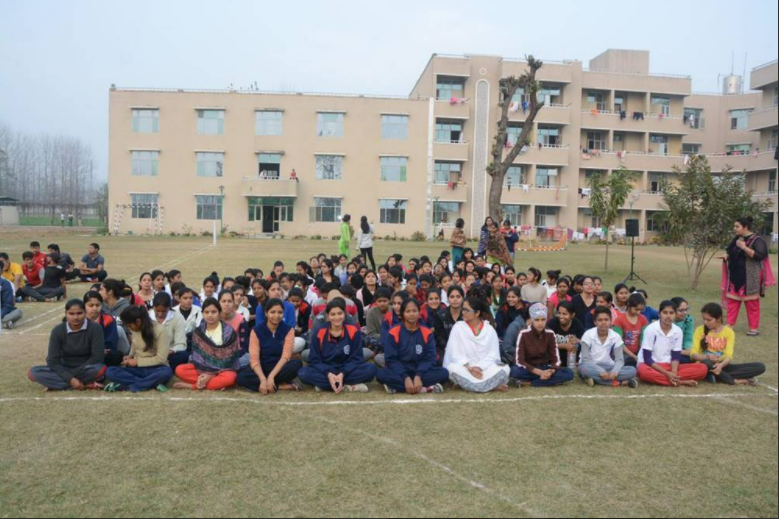 Bharatiya Shiksha Board (BSB/ the Board) is a financially and administratively independent School Education board setup by the Government of India through its autonomous body Maharshi Sandipani Rastriya Veda Vidya Pratishthan (MSRVVP), Ujjain in the Department of Higher Education, Ministry of the then HRD (now Ministry of Education) after thorough due diligence and following due process of law.

BSB - How it is setup

The process of establishment of the BSB was:

Objectives of the Board

Objectives behind setting up of the BSB are to provide for the creation and empowerment of a BHARATIYA SHIKSHA BOARD for standardization, management, affiliation, recognition, certification, authentication, syllabi and programs “domain” area education in the country upto pre-degree level/senior secondary level or 5+3+3+4 pattern per NEP-2020 and for matters connected there with or incidental there to.

As per the definition for “Domain area” the Board shall affiliate following categories of Schools/Institutes.

The Bharatiya Shiksha Board is envisaged to:

All the operational and administrative activities of the Board shall be managed with suitable manning and dividing the work in sections suitably within the departments.